On Friday night, Pearl Jam performed Pink Floyd’s “Mother” to close out Jimmy Fallon’s Pink Floyd Week. Check out the video of the performance, and stream the audio below.

Rolling Stone just released the results of their reader’s poll for the Top 10 Greatest Live Acts, and our beloved Pearl Jam made the cut. That’s pretty significant since they’re the only band in the list that wasn’t formed in the 60s or 70s. Also awesome is that all of these bands have clear influences in Pearl Jam’s music.

Bruce, The Dead, and Zeppelin have given PJ the model for both touring intensity and tenacity. Mike and Matt are hardcore Kiss superfans. The guys toured with U2 in ’92, and have spoken of the stuff they learned from Bono. They’ve covered the Stones, and Eddie seems to be somewhat in love with Pete Townshend – turning Pearl Jam into the greatest The Who cover band ever.

After my first ever concert – a Pearl Jam show in 2000 – I turned to my dad, who came along for the ride, and asked him what he thought.

“They were good, but it was no Pink Floyd.”

No, it wasn’t. But it was pretty darn close. Congrats PJ on this honor.

When you see Pearl Jam you never quite know what kind of show you’re going to get. Sometimes they play all the early hits like “Jeremy,” “Black” and “Alive,” while the very next night be mainly deep tracks from Yield, Riot Act and No Code. Regardless of what they perform, Pearl Jam approaches every show with a Springsteen-like level of passion and respect for their fans. They go out of their way to make each show special, often extending out the encores for well over an hour. It’s one reason why they continue to pack giant venues without radio hits or much media mainstream attention.

I realize I just posted a boot just a few hours ago, but I just started listening to The Flaming Lips’ remake of “Dark Side Of The Moon” and it’s making me giddy with musical excitement. It’s not often that another artist’s remake of a classic album is recieved warmly – it’s even rarer when the original album is one of the most innovative and greatest of all time, and the remake does justice to the original both in staying true to the idea of the album, and in the ideal of musical innovation, by taking the album to another level.

So here, in one track, is The Flaming Lips’ version of “Dark Side Of The Moon” as performed at Bonnaroo 2010. That it’s one track is not due to my laziness – it’s because this album, more than any other album, is truly one track. It’s one idea, one continuous thought, and one hell of an unbelievable musical feat – both the original, and the redone version posted below.

The Flaming Lips – Dark Side Of The Moon

The walls fall down 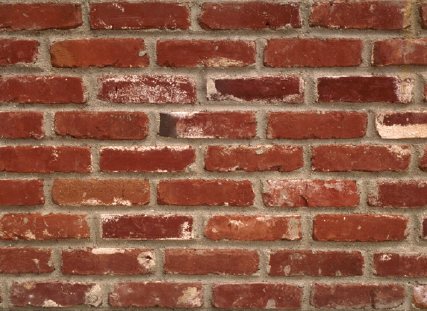 Today is the 17th of the Jewish month of Tamuz, a day that marks the beginning of a three-week mourning period. One of the things that is said to have happened on this day is that the walls surrounding the temple in Jerusalem were torn down about 2000 years ago.

To commemorate and remember this event here are a few songs for the day.

Gil Scot-Heron – Or Down You Fall

END_OF_DOCUMENT_TOKEN_TO_BE_REPLACED

Comments Off on The walls fall down

It’s been a few weeks (read: less than two) since we last posted one of my old radio shows. If you’re not familiar with the concept, please familiarize yourself here. If you are, here’s the second installment of our inane banter that shows how truly pompous and stupid we were. If only we had the excuse of time, but alas – it’s only been a few years since these shows.

This show seems to be something of a 90s show, and we also have a special guest featured. So kick back, and prepare to hear some awesome music, with a ton of dumb conversation sprinkled throughout.

The 10 Plagues In Song

In honor of Passover almost upon us (and the fact that I’m gonna get my butt kicked for doing this instead of helping cook and clean) here are 10 songs, representing the 10 plagues from the Exodus story.